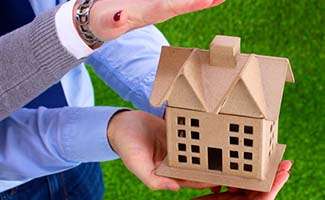 Professional Selling Skills: A Fundamental Now More Essential Than Ever

In 16 BIE (Before Internet Era), businesspurchases were made by decision-makers who needed to buy stuff for theiroperations, and they almost always needed help with technical questions,innovations, pricing, availability, delivery, etc.

That year, a.k.a. 1977, every business buyerwent to work expecting salespeople to call on them, unscheduled. To a prospect,a "cold call" was not optimum but usually was tolerated. Yes, inthose days, you could walk into a business where you were previously unknownand leave with a sale. For current customers, dropping in was expected as goodservice. Remember, this was BIE when a salesperson was the equivalent of awebsite.

As beautifully as this dance by motivatedparties worked – one needed information and the other provided it – salespeoplewere still trained to conduct business with what Xerox (where I worked in 1977)called Professional Selling Skills (PSS). There were three key components toPSS: overcoming objections, closing skills and probing.

Overcoming objections is discovering what'sreally on the mind of the prospect, which, BIE, was often different from theclassic push back, "Your price is too high." Closing skills are theability to take the prospect on a mutual journey of understanding, where bothsides share information and next-step decisions are agreed to. Professionalclosing starts at first contact and doesn't stop until a sale is made – or not.In either case, a skilled closer never lets the prospect feel pressure duringthis mutually beneficial conversation.

The last component, probing, is the foundationof the other two. There are two kinds of probes: directive and non-directive.Directive probes elicit only yes or no responses: "Would that benefityou?" "Is that date good?" Non-directive probes require moreilluminating words: "How would that benefit you?" "What datewould be best for you?"  Notice a non-directive probe begins with oneof the interrogatives: who, what, when, where or how. Professional salespeopleknow when to use the right kind of probe at the right time along the journey ofunderstanding.

Long ago inducted into the BusinessFundamentals Hall of Fame, professional selling skills have delivered successfor many generations of salespeople. Efficient use of time for you and yourprospect dictates practicing the fundamentals of PSS.

Today, 26 AIE (After Internet Era), I fearprofessional selling skills are not being taught or practiced at a time when,arguably, it's more essential than ever before. There are many reasons, but theoverarching one is the Internet. No longer are prospects and customers waitingfor salespeople to drop by to educate them. Available to the public since 1993,the Internet has since flattened and shrunk the world and placed it under thetip of an index finger. Like everything else, the Internet didn't endprofessional selling, but it did disrupt it.

Professional selling skills are even morefundamental than ever, because in the AIE, prospects need less general help,and that's where the disruption occurs. The essentialness of professionalselling skills as a fundamental is more front-loaded in the first contactsegment than BIE because today, cold calling is dead.  Consequently,here's how the PSS components must be practiced AIE.

Overcoming objections: The first AIE objection is,"(crickets)." If you hear crickets, you're irrelevant.Only salespeople who skillfully prompt and answer the 2nd AIEobjection – "Who are you and why should I care?" – are able topenetrate what I call the "Relevance Firewall" and achieve a face-to-faceappointment.

Closing skills: The Internet has inverted theclosing-difficulty continuum. When cold calling was accepted, closing startedeasy and became harder the closer you were to asking for the sale.Today it takes your best closing skills in the beginning just to get the firstappointment. But once you're in - on the other side of the Relevance Firewall -the closing process is easier, because most of the competition didn't getthrough. Maybe just you.

Probing skills: The selling environment, like the AIEmarketplace, is moving at light-speed. Attention spans have been slashed toseconds. If you can't probe effectively at every step, you won't get the goldyou seek in the precious customer face-time allotted. Remember, in an urgentworld, nothing buys you more time than professional selling skills.

Professional selling skills, like cash flow,saying "Thank you," and email is a non-negotiable businessfundamental more relevant today than ever.

Write this on a rock ... PSS became fundamental because it justworks, across all platforms, 99.35% of the time. And it's more essential now,in the AIE, than ever.

Thank you! Your submission has been received!
Oops! Something went wrong while submitting the form.
Twitter Google+ Facebook LinkedIn Email